Winstar TFT M Series which we called “Clever System” is an easy access system for users to begin exploring the colorful display on their applications. The M Series Modules are “all in one system” which has 2 user interfaces, the RS232 and SPI interfaces, it supports backlight brightness adjust, PMW signal output and 4 switches button sensor. Winstar Display also designed TFT editing program for end users to design their software more easily.

There are many benefits of Winstar TFT M Series why customers should choose the M Series, below are the key advantages.

Below is the Winstar M Series micro processer working flow chart. The image gets input to the flash memory via the User Interface, and creates a command. After that, the users can input some texts to the UI and create another command. When these two commands work via R232, the desired image pops up on the display. 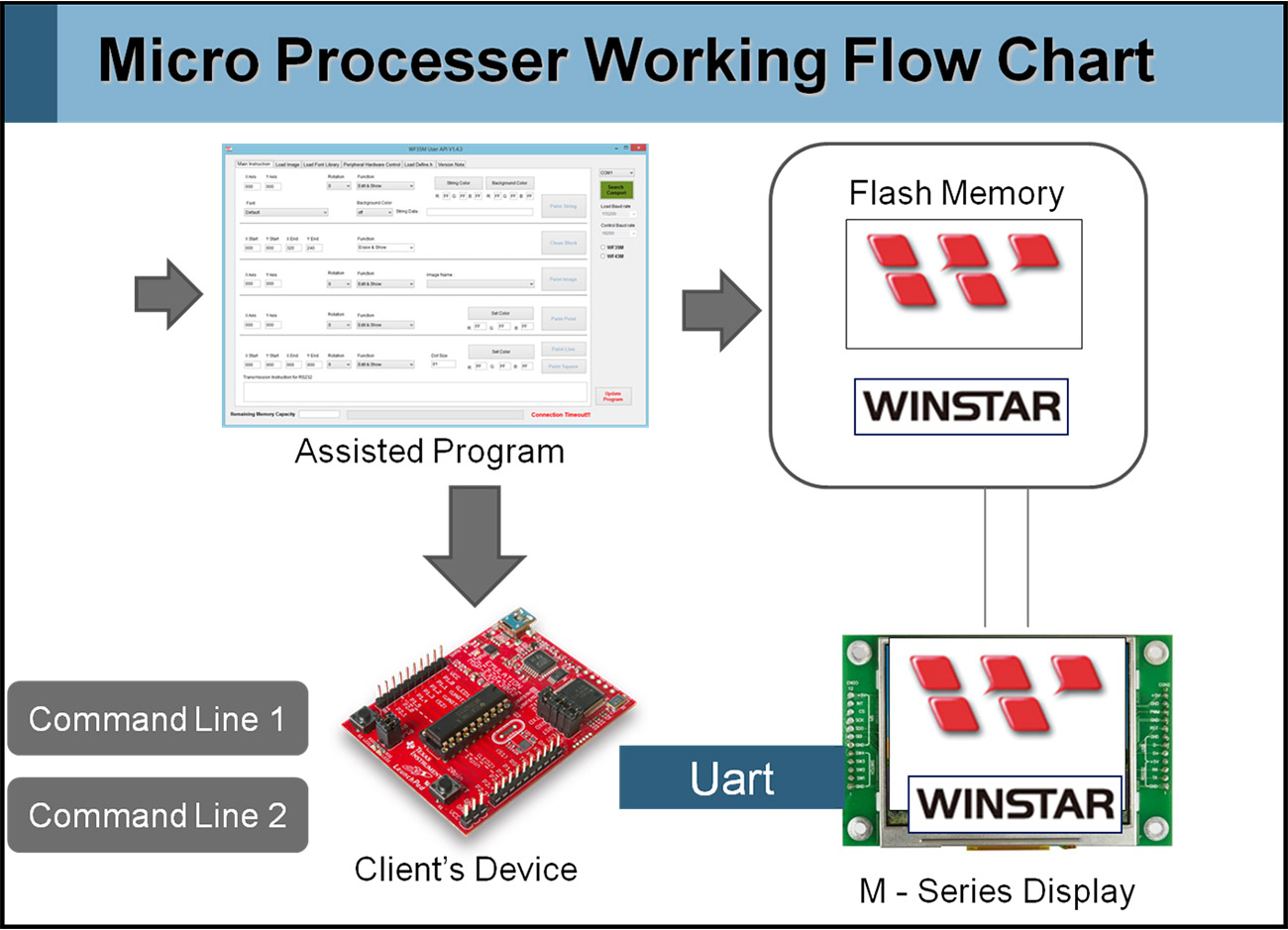 Please watch the below video for how to operate Winstar TFT M-series (Clever System). 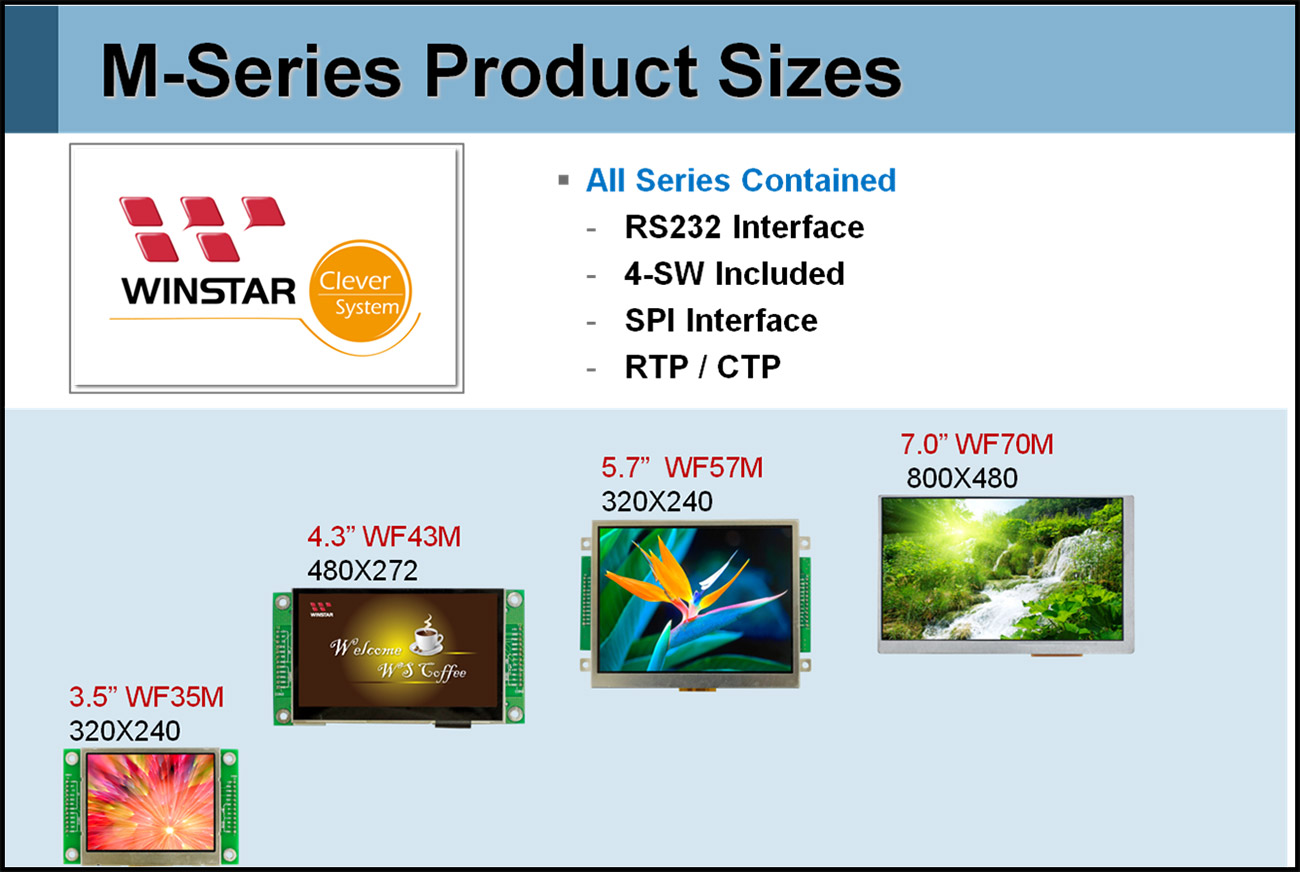