Home Products TFT LCD All in One TFT LCD Display 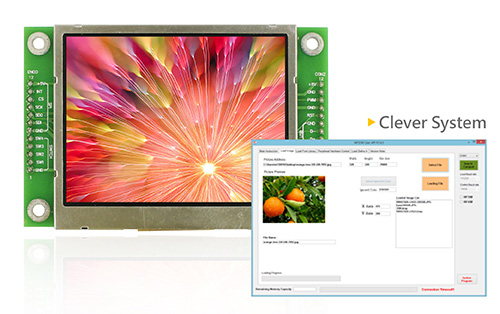 All in One TFT LCD Displays (Clever System)

Winstar M Series TFT Displays which we called "Clever System-All in one TFT Display" is an easy access system for users to begin exploring the colorful display on their applications. The M Series Modules are "all in one system" which has 2 user interfaces including UART and SPI interfaces; it supports backlight brightness adjust, PWM signal output and 4 switches button sensor. Winstar Display has already designed a TFT editing program for end users to design their software more easily.

There are many benefits of Winstar Clever System TFT LCD Display for why customers should choose the M Series, below are the key advantages –