The following table is the comparison of OLED/STN LCD/VFD displays. We used a character 16x2 COB structure module as an example. Welcome to explore the advantages of OLED displays, and you would find OLED display is not a choice but a necessity to your applications. 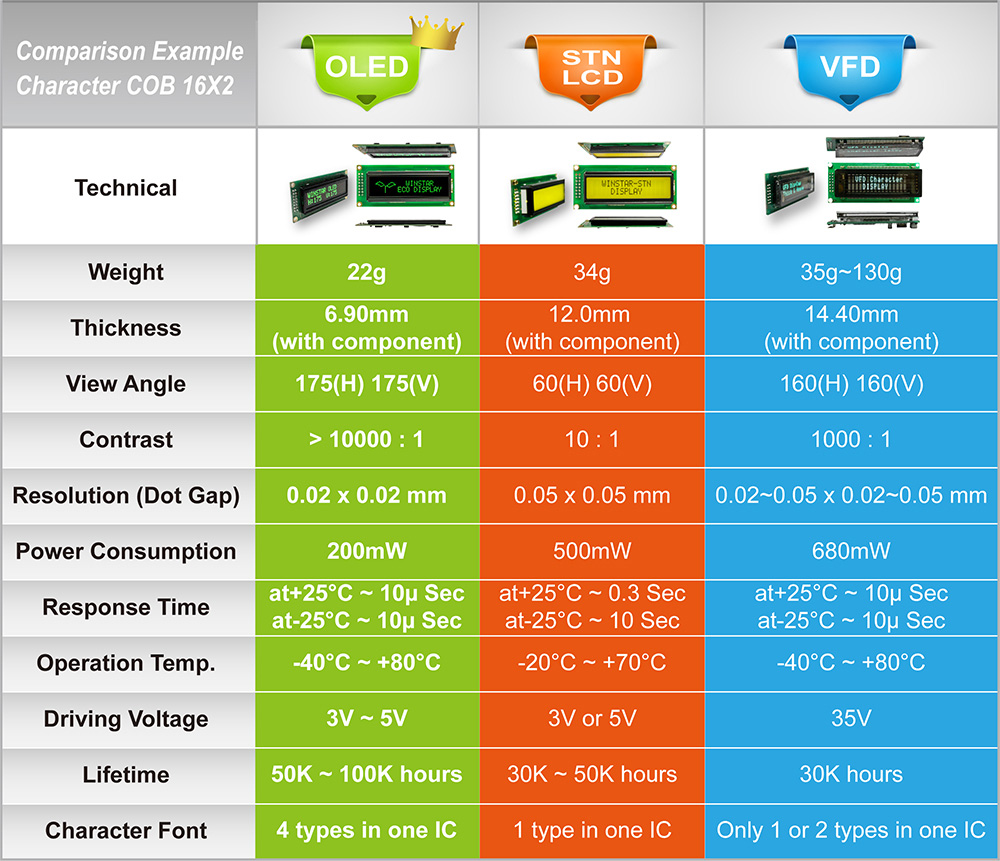 OLED's emitting area is the entire front surface, it has the widest viewing angle because it does not need a backlight attachment like STN LCD displays. As to the VFD Display, the display surface is placed in a deeper position, the sealing frames and the grid frames make the viewing angles smaller.

A significant advantage of OLED displays over traditional liquid crystal displays (LCDs) is that OLEDs do not require a backlight to function, OLED is self emitting. OLED layers are applied directly to the surface of the glass substrate and this allows the display area to be extended to the edge of the glass substrate, which requires no backlight and make the displays very thin.

Below is an example of COB structure 16x2 character modules of OLED, STN-LCD and VFD comparison on thickness. 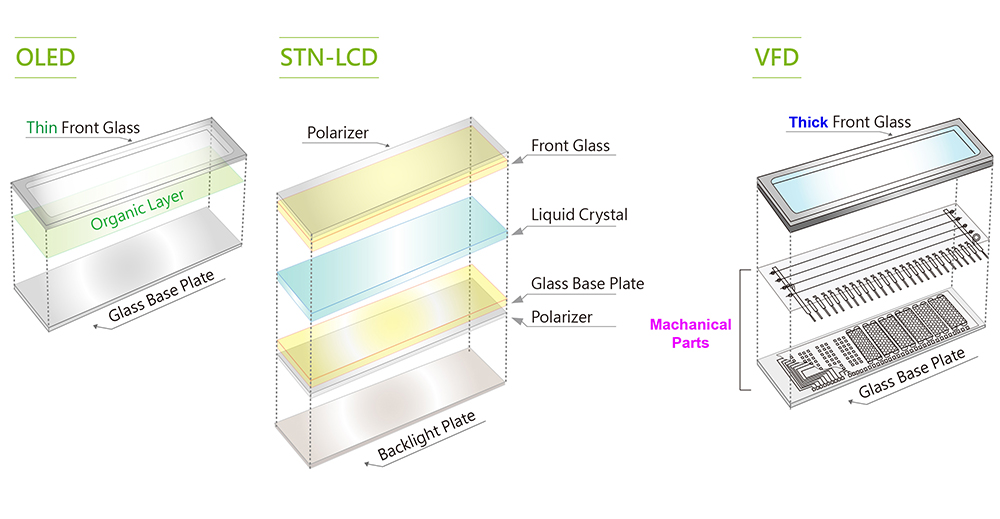 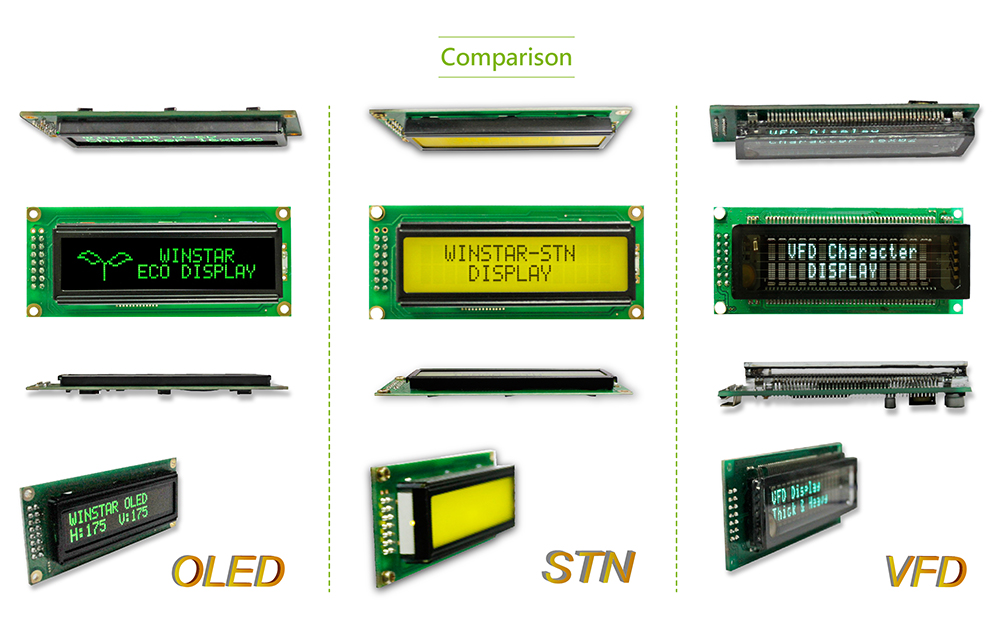 OLED uses only the power needed to display what is displayed. The power consumption changes depending on each lighting ratio. The STN-LCD display usually requests a backlight such as LED which requests power to turn on LEDs. The VFD needs two power supplies for the pixel display and the filament. The filament power makes up a large percentage and is constant, regardless of the pixels displayed.