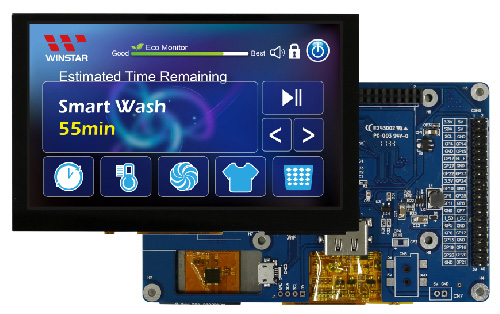 Winstar released for HDMI signal Displays are designed to work with the Raspberry Pi or embedded system, single board computers (or desktop/laptops) which support HDMI  signal output. This series display modules come with a control board with a HDMI signal interface output; it is designed to make Raspberry Pi usage become easily. These displays are featured below advantages: